Back in 2007 in Portland, Oregon, I attended the Endeavour Award ceremony at Orycon for the first time. I was a starry-eyed new writer, with only a few sales under my belt, and being near the august personages of the judges and nominees was thrilling. But I’ll confess that when the winner was announced, it was no one I had ever heard of: Robin Hobb, for her novel “Forest Mage.”

Robin Hobb is a pseudonym for Margaret Astrid Lindholm Ogden, and if you’ve never read any of her novels, I highly recommend them. Nearly ten years after my first Orycon, I’ve read seven or eight, and they all have one trait in common – the characters are so real that when I’m not reading I find myself wondering what they’re up to, as if they were real people.

Now, this is quite a trick. In fact I’m not sure there’s any other writer who’s had the same effect on me. And in my own writing it’s something I strive to emulate, so I find myself asking the question, “How does she do it?” And I have a partial answer, which I’ll share with you here. I think Hobb’s characters are so convincing because, like real people, they’re not the same every day. Yes, they’re flawed, and that’s certainly part of it. But lots of characters in lots of books are flawed. Hobb’s characters, though, have an additional type of “flaw,” which is that they might be heroic and selfless and totally on their game one day, but other days they’re cranky, or sleep-deprived, or injured or hungover or weary or just plain off. It’s fabulous. And, just as with real people, when they’re “on” their thoughts are fruitful and hopeful and they plan well and act well, and when they’re “off” they fall into despair and waste time and equivocate and fail to get shit done. On those bad days they’re petty with their friends, or not as loving as they could be, or distant or stubborn or they fail to communicate effectively. I find them by turns infuriating and loveable. I want to cheer them on, encourage them, comfort them, slap them – all of it!

I think that’s a big part of what makes characters spring off the page and into our hearts. 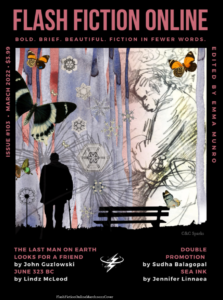